The Jeep Wrangler is a powerful truck. It is powerful enough to drive off road, but is also compact enough to handle itself well in these off road situations. To drive in the mountains, on a beach, or on campgrounds, the truck will need solid and powerful headlights in order to provide an experience that is both enjoyable and safe.

LED headlights are essential for maintaining a clear view for any Jeep Wrangler or truck or SUV. There are different LED headlights for different situations as well, and these will also be explored and analyzed.

Things to consider when it comes to Jeep Wrangler LED headlights

A common mistake most Jeep Wrangler owners make when it comes to choosing their headlights is that they do not have a clear list of things to consider. While it is a good thing to own LED headlights for your Wrangler, it is important to know why you are getting LED headlights. Here are a few things you may need LED headlights for. 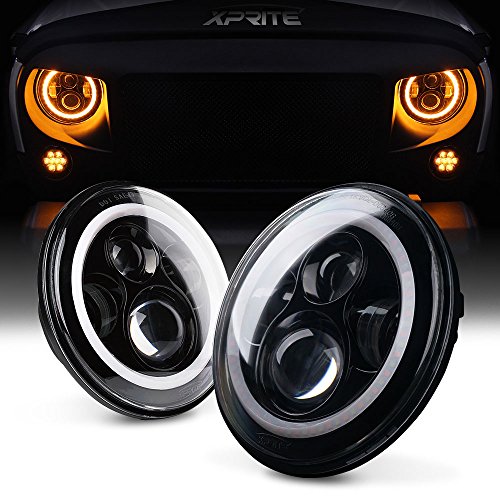 One issue that many have when it comes to LED headlights is that they often only have two functions: provide low or high beam lighting. When it comes to daytime lights or turn signal lights, different LEDs would need to be installed, which can be inconvenient. One good thing about the Xprite LED headlights is that they are installed, they can provide high and low beams as well as provide daytime running lighting as well as serve as an additional turn signal light. This is very useful in case original turn signal lights go out.

The installation process for any set of LED headlights will require some knowledge of the power supplies of your Wrangler, among other knowledge of wiring and circuitry, as the Xprite LED headlights do require a headlight bracket. Many who used these lights complain about a couple of things. First, the installation process for the Xprite LED lights is unusually complicated compared to other LED headlights. Also, because of the complicated wiring, there is a good chance that whoever installs these lights could make a mistake, causing them to flicker. 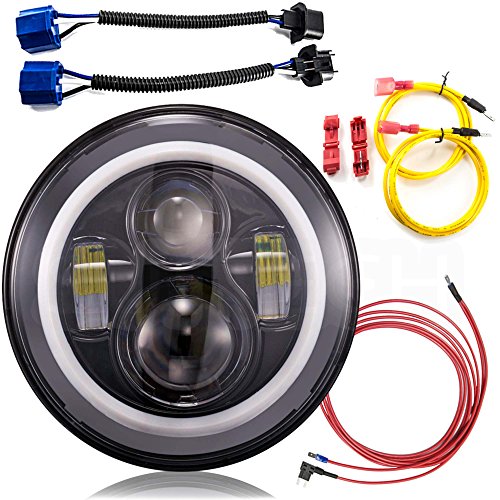 The color changing smartphone app may be the most interesting thing about the SuiTech LED headlights, but it is also a very troublesome aspect of them as well. Some users have claimed that the app can crash. The app can also glitch, causing the color of the headlights to stay one particular color. Even worse, the color of the lights cannot be changed manually. The SuiTech LED headlights are not suitable for off-road driving, as the casing is made from a polycarbonate lens, which can scratch pretty easily from dirt, rocks, or trees that are typically encountered during off-road driving. 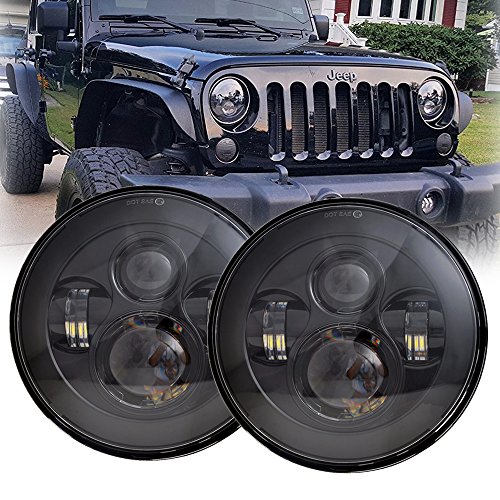 A concern that anybody would have when it comes to any kind of headlights, let alone LED headlights is the question of how long they last. What sets the LX LED Headlights apart from most other LED headlights is that they last very long, right around 80000 hours. This clears up any concern that anybody could possibly have about how long they last. They are also easy to install, and nearly all of the parts fit well and replacing the original lights with the LX LED headlights is easy enough. They are also very effective for city driving, as the lights are not so bright as to cause distractions or suspicions.

While the LX LED headlights are effective for seeing better when driving in the city, they leave a lot to be desired when it comes to off-road driving. The lenses are made of polycarbonate, which means it can be scratched easily. This will present a problem when driving off-road, as mud and dirt will scratch the headlights. 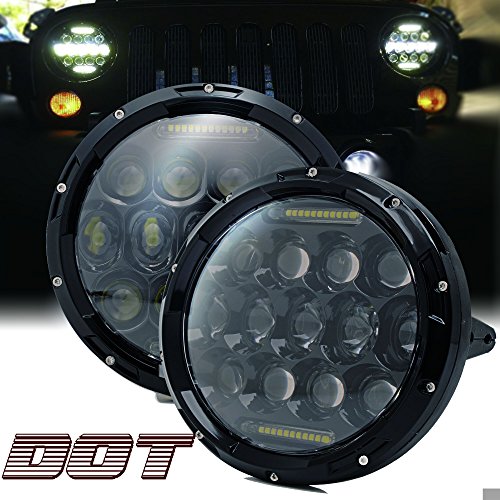 The connections of the Turbos II LED headlights can be a little complicated, and at worst they can create a very unstable headlight connection. For example, for the Turbos II LED headlights to actually function as turn signal lights, they would need to be wired into the turn signal connectors. This can cause a lot of complications in installing. While it does have an anti-flicker adapter, it connects separately, making a quick and easy install a little more tricky than it should be as well. 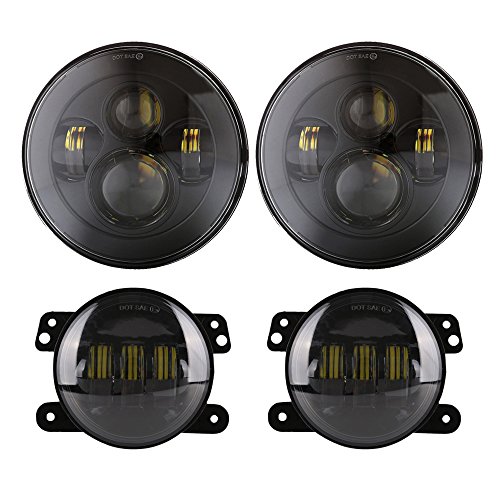 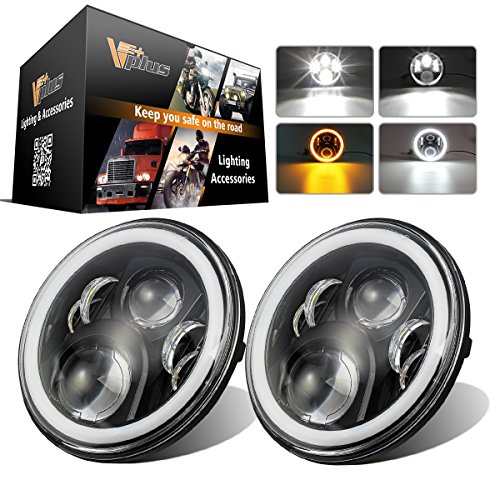 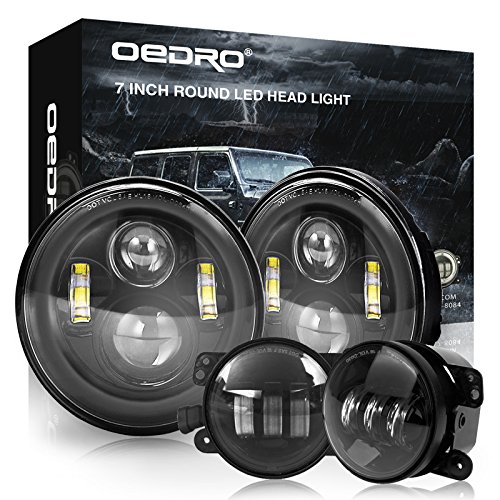 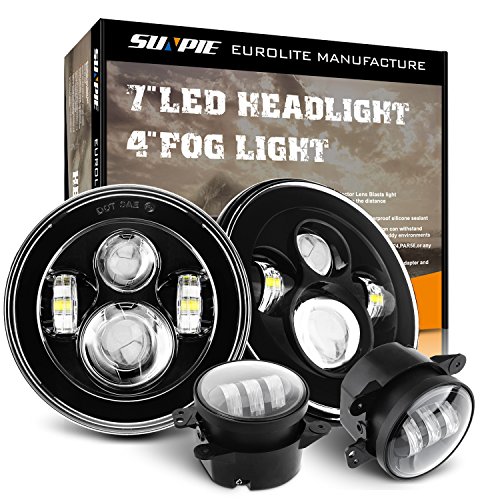 The Sunpie LED headlights do not come with as many adapters as they should, and this can be an inconvenience. While it does come with the standard H4/H13 adapters as well as a harness to prevent flickering, it comes with nothing else. This can be troublesome for any user who may need additional materials to install their LED headlights. For example, if you need a separate bracket to connect the headlights, this will need to be bought separately. Another thing that might turn people off from the Sunpie LED headlights is that the lens are made of glass. While this makes them aesthetically pleasing and enhance the lighting, they can get dirty very quickly and also run the risk of being chipped or shattered.

RGB headlights that are controllable through a smartphone app can present a number of risks. Firstly, the process of installation will require an extra step, as the RGB lighting operates through a halo ring that needs to be installed alongside the LED headlights. Second, apps on a smartphone can drain the battery of the phone, especially when they are used to control the colors of the halo ring. Lastly, the RGB lights can only be operated through the phone app, so if the app is not accessible, the RGB lights on the halo ring will stay on, which can drain the car battery very quickly. 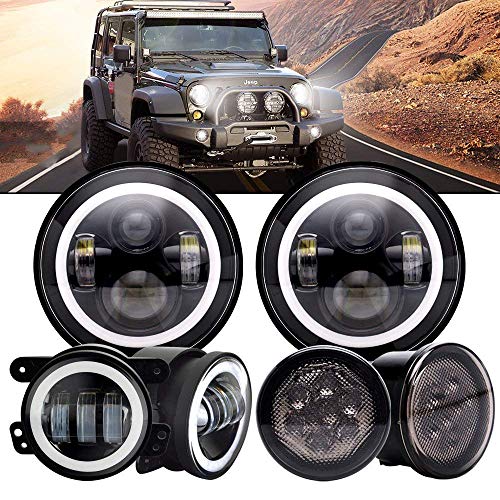 Completely replacing headlights, fog lights, and turn signal lights is something that not a lot of people consider when they are looking for LED headlights. Most just replace the headlights with LED headlights and nothing else. But then, if they wish to replace the turn signals or the fog lights they either need to find a way to connect adapters, or get replacements for them. The DakRide LED headlights contain replacement lights for all three components, headlights, fog lights, and signal lights in one package. The adapters and wiring for all three sets of lights are also in the DakRide package, which is another good thing as this can make installing the three sets of lights much less tedious. This also eliminates the need for separate components, which is also good as most LED headlights can require separate components.

The problem with the DakRide LED headlights is that there is nothing too special about them. Read more suggestion about led headlights on significantotherbroadway.com. They have the same standard features as other LED headlights have: improved lighting on high beams, low beams, turn signals, and fog lights. Another thing that is questionable about the DakRide LED headlights is that since all of the lights come together, it can be troublesome installing them as they are all connected as well. This means it is quite possible that you may need to tie the wiring down.

Improved lighting is something that any Jeep Wrangler owner should consider, especially if it is taken off-road. While it may be troublesome to do the proper research to see what kind of LED headlights will be proper for you. While the brightness levels of most LED headlights are the same, there are differences that should be recognized and addressed. The same thing can be said for how the LED headlights are installed. Again, most LED headlights can be installed the same way, but some require specific instructions and additional materials. If you do just a little bit of research, you will be able to find a decent set of LED headlights that are ideal for any kind of driving situation.